Over the weekend this story made the local news: Houston teen’s tweet about saving father’s cafe goes viral. A heart-warming story on a cool winter day about a girl using the power of Twitter to help save her father’s bakery. 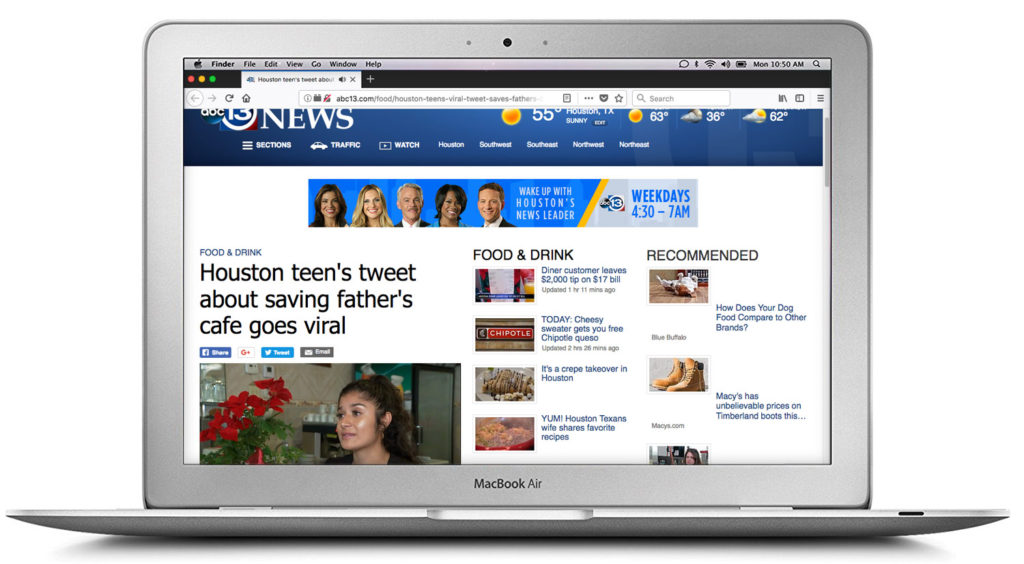 No disrespect to the girl, her father, the story or any of it, but you realize this is called advertising, and people do it every day. This is not newsworthy.

Professionals use the media every day to help companies and causes alike broadcast their messages to the world. As long as there has been some form of communication, we humans have been doing this.

Social media has certainly democratized the process and created channels that are now available to anyone. This revolution has given ordinary folk the opportunity to step up to the plate and become an advertiser or broadcaster.

But there is a huge difference between those that do this when the urge hits them compared to those who do it every day.

I’ve said this for years: On any given day, anyone can come up with a ground-breaking, earth-shattering idea that tilts the world a little bit.

But what separates the amateurs from the professionals is this: Pros get up every day and do it, some times multiple times a day. Then, they get up the next day and do it all over again. The news media does not cover their story. And a pro doesn’t sit back and marvel at their accomplishment; A pro solves one problem then moves on to the next one, and tries their hardest to do a better job than before.

Quick story: I once had an engineering client years ago who placed no value on creative work. He told me so. One day, he purchased a billboard, which I counseled him against, and wrote a headline for it. I don’t remember what it said now (must not have been that good), but he called to tell me how easy this was. He bought the billboard himself without my mark up and wrote the billboard himself. What did he need me for? All he really needed was a set of hands to bring his dream to life for him. So, no matter how I felt about him or his project, I did this for my client. I am a pro.

In the end, the billboard did nothing for the company. No calls. No inquires. No emails. No traction. No nothing. But we all knew that would happen, now didn’t we?

But I did a lot. I did his billboard like a good ad man should do. Then I went on to rethink his advertising strategy and came up with a new campaign that helped him build his brand while drawing the attention of new customers. Then I went and did the same for another client the next day. Because I’m a pro.

I remember back in the late 90s there was this infomercial playing regularly on cable about this guy and his amazing way to make money. The ad gave you a taste of how you were going to make piles of money. He explained amazing business idea to a pretty model, Cindy Margolis, that all you needed to do was negotiate with media companies for bulk discount rates for advertising space, buy up a lot of it, then resell it at a higher rate. The money would just come pouring in. So easy.

He failed to mention that this was exactly how J. Walter Thompson started, and had been operating for well over a 100 years. But if you were not in the business, this might look like a fresh, original idea. Amateur.

Don’t get me wrong. I think it is great when someone tries something new to them and finds success. It’s great that the girl in the news story helped drive more traffic to her father’s bakery. Chapeau to you. But rather than gloating about the victory and how clever you are, go out and do it again. And again. Moreover, do it on demand, under a tight deadline.

That’s when I’ll be impressed.