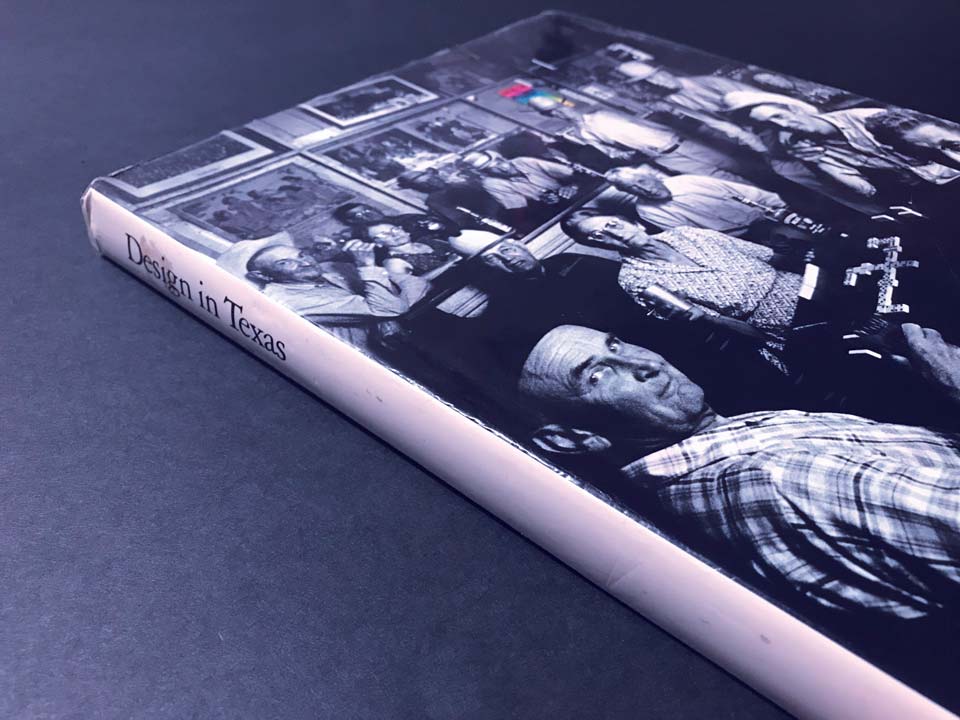 Quite possibly, AIGA-Texas’ 1986 tome Design in Texas had more influence on me than any other book. More than Zen and the Art of Motorcycle Maintenance, Alan Fletcher, or any of the numerous books I’ve previously cited here.

I stumbled onto this book during Christmas break after I had finished Intro to Design Comm as a sophomore at Tech. By this time, I had drunk the Kool-Aid and been fully indoctrinated into the Cult of Good Design.

Being a good young designer, I trolled the bookstores, and grocery stores for that matter, seeking out finely designed ephemera. At the now defunct Bookstop, I found Design in Texas, and life would never be the same.

Not sure why it hit me, but I pulled the book down off the bookcase last night and thumbed through it. My heroes still live in here, with their work coming to life on every page. You know there’s work from Fred Woodward in there, long before he reinvented magazine design at Rolling Stone. I thought Woody Pirtle was a genius. Still do.

The book is also evidence that some of the premiere photographers on the planet are here in Texas. In Houston, in particular.

And of course, brilliant design work from all over the state, but primarily from Dallas.

Dallas was exploding back then, and where I figured I’d end up after graduation. Being a Creative Giant, Stan Richards would bring me on as a power forward for the company basketball team and then we would make history. Didn’t really work out that way. He did hire a girl from my class, though.

There are lots of people in the book I’ve met over the years, some are merely acquaintances, others can I proudly call friends. Many I’ve had the honor and pleasure to collaborate with.

I used this book as a guide to look for a job after graduation. If you were in Design in Texas, I wanted to work for you. I interviewed with Chris Hill (a great story for another time), who taught me a valuable lesson in humility. I wrote to Jerry Herring to try and get in with him. He wrote me back what is quite possibly the nicest rejection letter ever. Beautiful stationery. I held on to that letter for years and told his son, Stephen, about it over lunch one day a couple of years ago. He was mortified.

Texas needs another book like this. Another time capsule, if for nothing else. Another book that will fire up the imagination of a young designer here in the Great State of Texas.